5 Ways to Save in 2023 with Home Energy Tax Credits 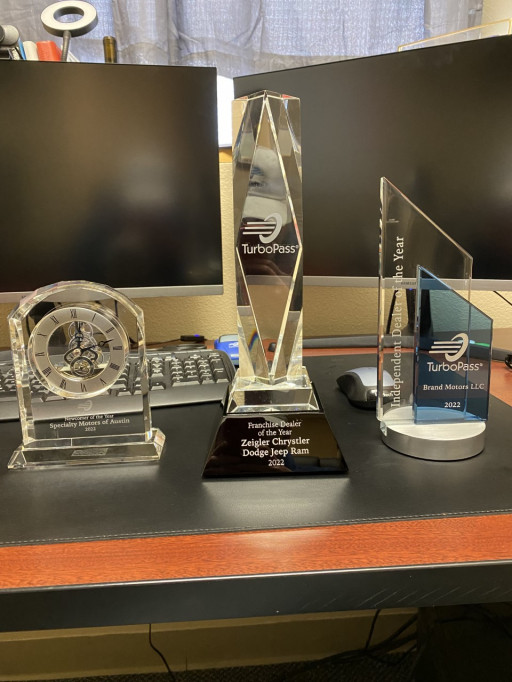 TurboPass End of the Year Awards
The depicted awards are those that will be going to the winner of the West region.

This year, TurboPass has awarded six of their subscribing dealerships with an 'End of the Year Award.' The Awards include 'Independent Dealer of the Year,' 'Franchise Dealer of the Year' and 'Newcomer of the Year.' Both the East and West regions of the country received each of these three awards.

In the East, 'Newcomer of the Year' is being awarded to Lakeland Carmart in Orlando, Florida. "This is one of those dealers that hit the ground running," says TurboPass' Steve Kochurov, Vice President - Dealer Direct Partners and Resellers, "It's dealers like Lakeland Carmart that keep us passionate about bringing value to the auto finance space."

The top producing Eastern 'Independent Dealer of the Year' is American Dealer, also in Florida. This dealership was one of the first 100 dealers to ever try TurboPass and is closing out 2022 with over 2,000 TurboPass reports pulled just this year.

Toyota of Hollywood is being awarded with the 'Franchise Dealer of the Year' award in the East. This dealership has pulled more TurboPass reports than any other dealer to date. "TurboPass is the tool I don't want my competitors to know about," says Toyota of Hollywood's Max Martinez, Special Finance Director, "We have pulled as many as 400 reports in one month."

For the West Region, the TurboPass 'Newcomer of the Year' is Specialty Motors of Austin, a Texas dealer. Starting their subscription in the middle of tax season, they immediately found success and committed to an annual subscription within just two months.

The 'Franchise Dealer of the Year' in the West Region is Zeigler Chrysler Dodge Jeep RAM. Located in Illinois, they have pulled in the most reports out of any franchise dealer west of the Mississippi river.

The sixth award, the 'Independent Dealer of the Year' in the West Region is Brand Motors, a California dealer. Having been signed up with TurboPass since October 2020, this dealership has pulled nearly 1,500 TurboPass reports.

TurboPass' CEO Mike Jarman said, "On behalf of the TurboPass team, congratulations to these dealers and a big thank you to our nearly 3,000 dealer customers for their business in 2022!"

TurboPass Corporation is a financial technology software company based in Austin, Texas, focused on automation, Saas, and Cloud-based solutions for automotive dealerships, banks, and Finance Companies across North America. https://www.turbopassreport.com/