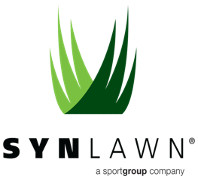 DALTON, Ga., January 24, 2023 (Newswire.com) - SYNLawn® is celebrating 20 years of leading the industry as the largest manufacturer and unrivaled innovator of artificial grass and synthetic surfacing in North America. SYNLawn opened its first distributor location in Nevada in 2003. Since then, the company has expanded across the United States with a network of more than 120 distributors and into over 20 countries, including Canada and Costa Rica.

"We're proud of reaching our 20th-anniversary milestone and for all of our achievements over the past two decades," said George Neagle, president of SYNLawn Global. "I started my career at SYNLawn as the first distributor and I'm excited to lead the global expansion of SYNLawn. Throughout the years, we've increased sales through product innovations and development, which is why we're a worldwide industry leader. We take great pride in offering the cleanest, safest and greenest synthetic grass on the planet."

To celebrate its 20th year of business, SYNLawn looks forward to increasing its global presence. The company is focused on expanding its distributor network into European countries, opening more international manufacturing facilities and developing new partnerships across the world.

Sustainability remains at the forefront of SYNLawn's initiatives. They use bio-based ingredients, such as soy and sugarcane, and consumer-conscious additives for commercial, residential and golf installations. SYNLawn's distributors have installed more than 150 million square feet of soy-backed turf across 300,000 installations since 2008. Learn more about SYNLawn's commitment to sustainability by watching this video.

Highlights in the company's 20-year history include:

For more information about SYNLawn and its premium turf products, visit www.SYNLawn.com.

SYNLawn® is the largest manufacturer and unrivaled innovator of artificial grass in North America and offers the Greenest Turf on Earth. SYNLawn uses bio-based ingredients, such as soy and sugarcane, and consumer-conscious additives, such as antimicrobials, to meet customers' wide range of needs.

Fact Sheet: Surgeon General to Speak at Youth Mental Wellness Now! Summit and Applaud Commitments in Response to His Call to Action on Youth...